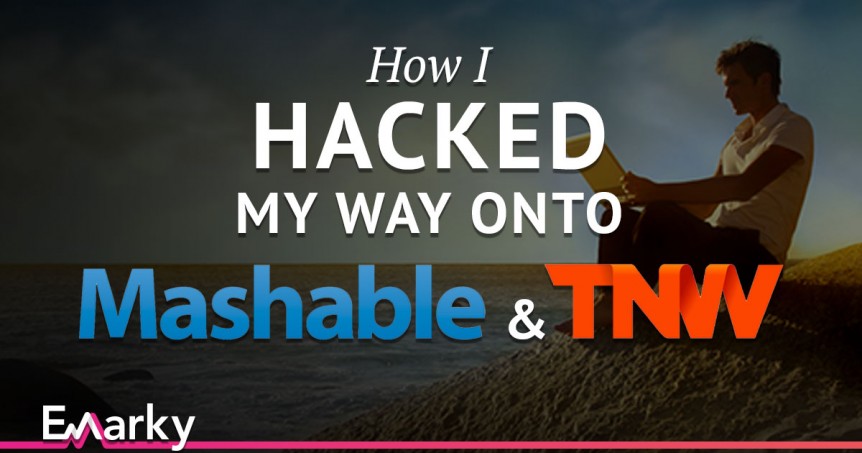 I remember like it was yesterday. A friend called me up and said “dude – you’re featured on Mashable!”.

“WHAT THE #$*%!” would be the most logical first response.

Instead my response was “finally…”.

I would be lying if I’d say it didn’t excite me – but I was expecting to be featured on Mashable as it was part of a well-prepared plan that I was working on.

You see, I’ve always been intrigued by guerilla marketing. Paid traffic, product launches, SEO and all of that are nice – but there’s nothing like being featured on some of the most well-known sites in the industry. I love that feeling!

I guess it started in 2007 when I successfully launched a (sorta) HOAX into the world on behalf of Sony for their Playstation campaign. I won’t go into specifics, but let’s just say it got covered on nation-wide radio, news sites and all of that. It literally generated massive media attention overnight.

Over the years I’ve been improving my step-by-step system to massively increase the chance of getting media attention. Of course it’s no guarantee (the only guarantee in life is death & taxes, right?) – but it certainly boosted my success-rate massively.

Today I’ve decided to share my exact plan with all of you in the video below.

It’s thanks to this very plan that I got media attention sites like Mashable, The Next Web and many others.

You’ll notice that part of the strategy is common sense and probably not new to you. However, it’s those “added twists” that make all the difference.

Don’t overdo it though, but use it wisely. It’s not a strategy that I use very often – as I don’t want to annoy bloggers and other relations too often. Plus it all starts with something newsworthy to say (and I don’t want to send “fluff” into the world).

However, every time that I do have something newsworthy to send out into the world… I follow these exact steps!

If you want the full details, I suggest to have a look at the video above. That reveals the strategy in full – including some sneaky tricks.

In addition, here’s an example email that I sent out (the one that I’m breaking down step by step in the video as well):

Michael Stelzner (of Social Media Examiner) suggested to reach out to you, hence this e-mail.

Since Facebook stopped supporting FBML (at March 11th) to

I’d be happy to recommend you to my readers as well, of course.

Let me know if you need help in any way! I’d be happy to assist.

This is the first time I’m fully revealing this strategy… and I’d really appreciate it if you could share the message along so others can benefit from it also!

Looking forward to your thoughts in the comments below!

P.S. Of course I didn’t “hack” anything to get featured on any sites. I simply used that word because I like to believe that I sorta “hacked” the system a little bit by doing press outreach a bit smarter. Hope nobody is offended by the title I picked 🙂