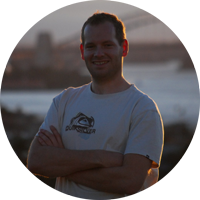 My name is Wilco de Kreij, an online entrepreneur and thereby the owner of Emarky.net. Here are a few things about me to get started:

Overall I’m simply super passionate about online marketing & entrepreneurship – and I like to believe I’m pretty creative as well.

So what’s Emarky all about?

While I’m writing this, I have ± 13 years of online marketing & entrepreneurship under my belt.

Any idea how often I said to myself “I should blog about this and share my knowledge with the world?” during these years?

The answer is… a LOT!

During one of my recent trips (3,5 months in Argentina & Chili) I decided to “just go for it”. So from now on, I’ll be sharing my online marketing knowledge, experience and stories right here, on this very blog.

I was born in a small village in the Netherlands. My dad owns a dairy farm, and I think this is how I developed a huge interest in entrepreneurship in general (as well as knowing what “hard work” is).

Looking back it even started as a little boy. At age 3-4 I was folding pieces of paper into “handmate notebooks” – which I then started to sell (for whatever coin they had to spare) to my aunts, uncles and neighbors. This might seem small, but you know what? A sale is a sale, no matter the amount.

My First Brush with Luck – My Own Matrix Story

I’m not sure what ignited my passion. What I do know is that I was once a little boy with a big entrepreneurial mind…

…and it didn’t stop there.

When I turned 16, I made my own business selling Matrix sunglasses. You heard it right – Matrix sunglasses. I was so into the movie, and wondered how I could get one of those cool and techie pairs. But they weren’t available in the Netherlands that time, so I had trouble getting a pair. I searched online and eventually found a US company that sold them; however, the shipping charge was really high and I couldn’t afford it, given my age.

I wanted a pair so much, so what I did was ask other people online who among them also wanted to buy Matrix sunglasses just so we can split the shipping fees. Most of them got interested with my offer and actually a lot of them ordered from me. Overnight, I turned into a businessman, selling a cool product to people I didn’t even know.

It was a huge success – I even did it again for a couple more years! Within 1-2 months, I’ve sold about €17,000 worth of sunglasses. That’s not bad for a 16-year-old boy who just wanted a pair of Matrix sunglasses in the first place, right? Exactly.

The funny thing was, my parents didn’t know anything about it at first so they were shocked when they found out. Hesitant at first, they eventually started supporting me with my newly found endeavor because, of course, they are entrepreneurs themselves. Who else would understand me? So they began accompanying me wherever I was needed for the business (couriers, money transfers or payment services, etc.).

But I was very young; I wasn’t fully aware of the costs that came with selling such a product, e.g. taxes, especially with something from overseas. When the sale was through, I barely had enough money to buy my own sunglasses. Ha ha! Still, it was quite an amazing learning experience, and I am glad that I went for it. I wouldn’t trade it for the world.

Building My Empire the First Time

Like I said, I did my selling gig for a couple more years and made a huge profit out of it. I even sold other cool stuff, such as radio-controlled airplanes and high-end headphones. I eventually stopped because there’s one part there that I didn’t like – packaging and sending the products to my clients every single day. The novelty has worn off; it wasn’t fun anymore. So I simply halted the business operation and looked for another opportunity that didn’t require me to pack and send items.

I stumbled upon Google AdSense. I started creating a number of websites that were made for Google AdSense and applied some (grey-hat-ish) SEO strategies. Over, the years, it really went well for me. I found it a very lucrative way to make money without having to sell something. Yet, Google AdSense banned me because my sites were classified as “Made For Adsense” sites – which wasn’t OK with their TOS anymore. They closed my account; hence, at this point, I was back to zero. This was in 2006. I was 20.

The news was devastating. In fact, it’s still fresh on my mind; I can even remember Google’s email as if it was only yesterday. But I wanted to move on, so I turned to affiliate marketing – from scratch — since I realised that it was far better (and more profitable) to just refer visitors to different products. I also started doing a lot of SEO by building content and review and price comparison websites, and made sure they ranked in Google – that way I would gain traffic. One of the websites I created was Hinta.nl (not active anymore – it’s from 2008).

During my course, I found another traffic source – Google AdWords. I started buying traffic from AdWords and sent it straight to affiliate links; if somebody would click on it, I would pay, and if somebody would actually buy, I would get my commission. It was profitable. I even reached more than 1 million visitors a year (Netherlands), which is pretty awesome. Since this gig went really well, I stopped doing anything else for a time. I knew it was risky, but I didn’t make any move because I simply thought this is the kind of business that would suit me financially.

I was wrong, unfortunately. AdWords gave me a low-quality score because I was sending all the traffic to affiliate links, so I paid more than what I earned. That wasn’t an option for me, so all my AdWords account had zero traffic overnight – which means I was back to zero again.

This is also the year when I took my Masters in Marketing Management at Erasmus University, so when my business failed the second time, I decided to focus on university first – it’s a personal goal. I left my business for a while, and just concentrated on finishing my masteral studies.

After graduation, I went to Sydney. I didn’t run my business for almost a year; I felt that I needed to start something new. Then I found myself again doing the same things I did before – performing tricks or shortcuts to start my business. I spent about 6 months trying to make everything work, but it did not happen despite giving it everything I had.

My business ethos that time was to reach out to other markets outside the Netherlands – particularly the US. I’ve never actually produced something on my own yet. What I mostly did was help other businesses promote their products and/or services – they have not even met me! So, the urge to develop my own product became stronger.

Then I turned to Facebook ads simply because I needed to tap into something new, but realised later that there was something lacking that users could actually take advantage of, so I created a theme called WP4FB or WordPress for FB that people could actually download – free of charge – in return for their email and shares on social media sites. Later on, I found out that a lot of them actually liked it, so I made a paid plug-in. I had it built by a developer. I thought it was going to be unsuccessful, but I was proven wrong.

On the last day of my stay in Sydney, I thought that maybe I could give this a shot. The plug-in was ready, after all. And so, I created a sales pitch, which is something new to me also, and sent it to my email list. While clearing my desk and getting ready to meet some friends to say goodbye, I noticed that my emails kept on mounting. The plug-in was actually selling! Within the first 24 hours I sold over 200 copies. It was such an awesome feeling, and it was not even about the money. It’s that wonderful feeling of finally achieving success after months of hardships. The year was 2011.

In 2012, I decided to sell the product to an investor in the US, including the people working for it. I did not regret the sale; in fact, it was one of the best decisions for me.

2013 was mostly an experimental year. Learning from experience, I knew that even though you fail (I failed twice!), something new just comes to you. With that in mind, I tried to avoid the same things I did before. Even though I had a lot of business ideas in mind, I was still grasping for something broad. I started taking the time to build a plan in creating products and seeing what business can make me happy and help people out.

By the end of the year, I finally found my path, which is creating Software as a service products (SaaS) to help those who are using the products. I decided to focus on this, and in return, I was able to achieve recurring income.

2014 was a very good year for me. I launched two software platforms, VideoSkin and ZoSocial. I also acquired 50% of SEO Rank Monitor. Up until 2014, it was mainly a solo business, sometimes hiring a developer from time to time and on a freelance basis. But this year, I have decided to build a great team that can help me run the business effectively. I believe that if you want to grow, you have to have the right people around you. What I got now is a team of multiple developers and assistants who help me run the business on a daily basis. I am planning to expand the team to make sure that the business won’t depend on me solely, but also to my team.

Update early 2016: Just realized it’s been a while since I updated this page. 2015 has been an incredible year on a personal and business level – probably the most exciting one yet!

During this year I’ve launched UpViral and Connectio – which are now the core focus of Emarky.

From selling notebooks and Matrix sunglasses to failing in my online businesses – twice, I could say that I learned a whole lot from those experiences. One is to go for something that you love most, especially in business. Nothing tops the feeling of being able to create a product and putting your heart into it. I also believe that if you have the right mindset, the rest will follow. No matter how skillful you are, no matter how good you are, if you don’t do something about it and if you don’t believe that something good will happen, you will never see the fruits of your labour.

Finally, don’t forget that life is not purely about work. Yes, we all find happiness when we see our earnings and revenues from all our efforts, but without rest and play, life is just plainly boring. What I love doing is to travel to places and meet other people and immerse into another culture. In fact, I am going to share to you some of the countries that I have been to. 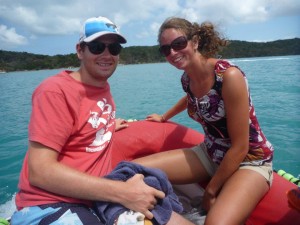 Me and my girlfriend in Australia (2011)

Yep! I really, really love traveling, and I’ve been lucky enough to have travelled to a lot of places and countries around the world. Traveling has been a thing that I’ve always wanted to do since I was a kid. I bet a lot of you share my childhood dream.

Here are the places that I’ve been to over the years.

So, this is my story and I hope that it will inspire you all with your business as well. Good luck!